Nanofiber Membrane Filters 99.9% of Salt from Seawater within Minutes

The nanofiber membrane upheld a 99.9% salt rejection rate for a month. 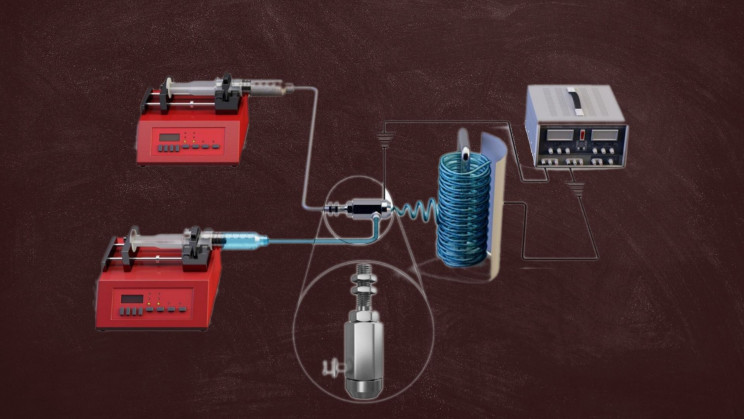 Schematic of the electrospinning device used to make this nanofiber membraneElsevier

The World Health Organization estimates that over 785 million people lack a clean source of drinking water. Even though 71 percent of the Earth’s surface is covered by seawater, we cannot drink this water. Scientists around the globe have been working to find efficient ways to desalinate seawater cheaply. Now, a team of Korean scientists may have found a way to do it in minutes.

Freshwater, needed for most human activities accounts for only 2.5 percent of the total water available on the planet. Changing climate conditions are resulting in changes in precipitation and dry rivers, prompting countries to declare water shortages for the first time in their history. It is hardly surprising that desalination of seawater is the easiest way to address this issue. But these processes have their own limitations. One such limitation is membrane wetting.

When using membranes to filter seawater, the membrane must remain dry for long periods of time. If the membrane becomes wet, the filtration process becomes ineffective and allows large amounts of salt to pass through the membrane. For long term operations, progressive membrane wetting has been observed regularly, which be resolved by changing the membrane.

Researcher Yunchul Woo and his team at the Korea Institute of Civil Engineering and Building Technology (KICT) have now developed a membrane that is less susceptible to wetting and is stable in the long term.

The membrane is made of nanofibres that have been fabricated into a three-dimensional hierarchical structure, This was achieved by using a type of nanotechnology called electrospinning. Using this technology, the researchers were able to fabricate a membrane that is highly hydrophobic — i.e. water repellent.

The hydrophobic nature of the membrane is helpful because it is designed to not allow water molecules to pass. Instead, a temperature difference is applied on the two sides of the membrane that causes water from one end to evaporate into water vapor. The membrane allows water vapor to pass, which then condenses onto the cooler side. Called, membrane distillation, this is a commonly used method of desalination using membranes. Since the salt particles are not converted to the gaseous state, they are left out on one side of the membrane, giving highly purified water on the other side.

The Korean researchers also used silica aerogel in their membrane fabrication process which further enhanced the flow of water vapor through the membrane, providing quicker access to desalinated water. The team tested their technology for continuous operation for 30 days and found that the membrane continued to filter out 99.9 percent salt without any wetting issues.

The research study was published in the Journal of Membrane Science